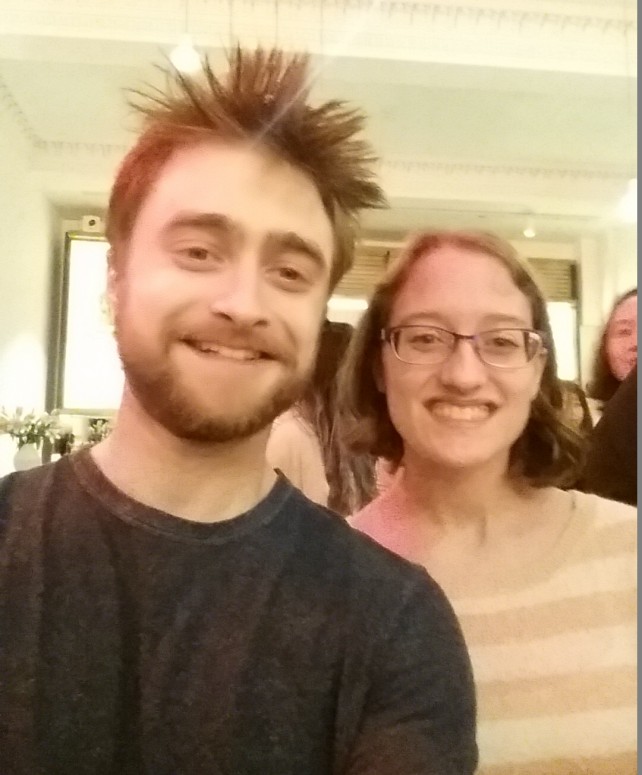 Danielle Maggiore, a student on our First Year Experience programme, was able to meet Daniel Radcliffe after the end of his performance in Rosencrantz & Guildenstern Are Dead  at The Old Vic this past week.

Directed by David Leveaux, Radcliffe plays Rosencrantz alongside Joshua Maguire (About Time), who is cast as Guildenstern. Both actors star in this "mind-bending situation comedy" set against the backdrop of Shakespeare's Hamlet. The show follows these characters as they stumble in and out of the action of this well-known play (put simply, it's a play within a play!).

Tickets are still available for this must-see performance which runs until 6th May!

And of course, a very special thank you to Danielle for sharing the fantastic photo!