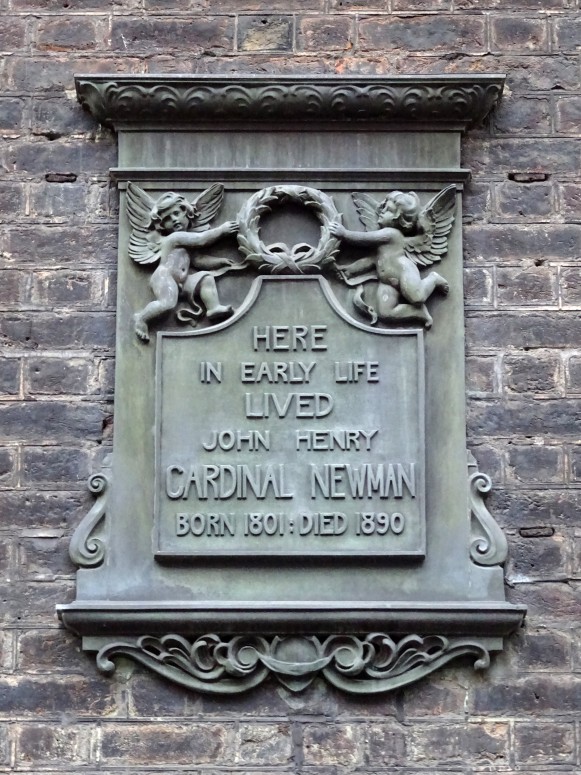 On Sunday, 13th October, Cardinal John Henry Newman, a British Victorian Catholic Theologian who died in 1890, was declared a saint by the Pope at a ceremony held in the Vatican. He is the first British person to be declared a saint in almost 50 years. 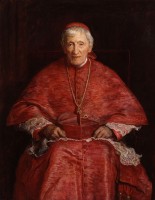 You may have noticed the large plaque on the left had side of the door as you enter our Southampton Place building - this commemorates the new saint, who lived in the building for most of his childhood. Newman moved here at the age of 2, and his younger siblings were all born here. During this time the family worshipped at the nearby St George’s Church, as they were, like most people in the UK, members of the Church of England - Newman did not convert to Catholicism until 1845.

It was fairly unusual to convert to Catholicism in this period - although the Catholic Emancipation Act in 1829 took away some of the official restrictions placed on Catholics in previous centuries (for example, they act allowed Catholics to sit in Parliament, which was not previously permitted), there was still a lot of mistrust and misunderstanding of Catholicism and some persecution of Catholics. Newman, previously a Church of England minister, is credited with building bridges between the two denominations, writing and lecturing widely on many of the misconceptions held by those on both sides. An eminent scholar, writer and priest, who had graduated from Oxford, he became rector of the Catholic University of Ireland (now University College Dublin) and set up the Oratory School (originally in Birmingham). Today his links to academia are widely recognised, with many centers of learning and student chaplaincies names for him, including Newman House, the Catholic Chaplaincy for students in London, frequented by a number of Arcadia students.

A lesser-known fact about Newman is that he struggled to perform in his exams at Trinity College, Oxford, due to anxiety, graduating with a lower classification than he had hoped - so, these things can happen to the best of us!

Newman was approved for sainthood after two miracles were attributed to him - his intercessions are deemed to have cured two people of serious illness.

The next time you're at the London Center, make sure you take the time to admire the plaque on the front of the building!