Sunday 8th March is International Women’s Day. To mark it, from 9th-13th March we will be asking YOU to tell us about some of the women who inspire you, from historical figures to present-day icons. Each day we will be focusing on a different theme - keep an eye out for more information in the London Center Reception and on social media. We will have daily polls where you can vote for the women who inspire you most, culminating in a final vote on Friday, so make sure you take part! To get us started, here are some nominations from our staff: 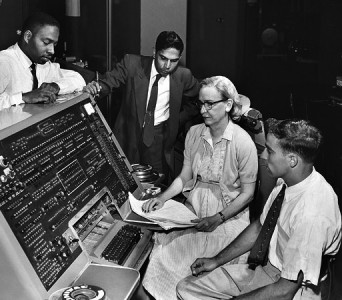 Grace Murray Hopper has inspired me from the age of eight, when I read in my library book that there were other girls who enjoyed dismantling alarm clocks just to learn how to put them back together! A brilliant mathematician turned computer programmer, when faced with the then-accepted belief that computers could 'only do arithmetic', she went on to become a pioneer of computer languages, and revolutionised coding whilst it was still in its infancy. Responsible for many of the capabilities of modern day computers thanks to her pioneering work in the 1950s, Grace also went on to become Rear Admiral of the US Navy through her outstanding leadership skills, although she was initially refused entry to even the lowest rank, owing to her small stature. She also created the term 'de-bugging' after an actual moth had become stuck inside one of her early computers! One of Grace's most famous quotations is: "The most dangerous phrase in the English language is 'we've always done it that way!"

Anne Bronte, or as you might know her, “the other one”, has always been my favourite of the three literary sisters. Hugely underrated, Anne’s novels dealt with social and feminist issues while her more-popular sisters were dealing primarily in lust and melodrama. Anne wrote a vast collection of poetry and two novels before dying at just 29, and the second, The Tenant of Wildfell Hall, deals with a single mother who has fled her violent, alcoholic partner and is trying to build a new life for herself and her son - the stuff you would expect from a gritty film made right now, not a novel written in 1848. 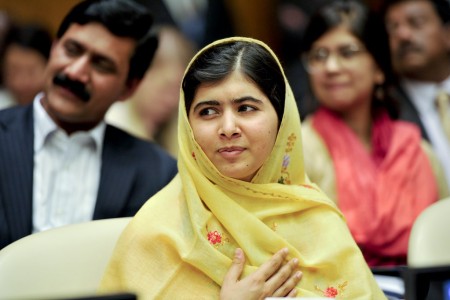 I read 'I am Malala' a few years ago, and she remains the first person who springs to mind when I think of inspiring women!

Malala Yousafzai was shot by the Taliban when she was 15, in an assassination attempt related to her activism supporting young girls' education. Rather than being deterred, Malala's voice became louder and In 2014 she established the Malala Fund and was awarded the Nobel Peace Prize for her work. Becoming the youngest ever Nobel laureate at 17.  She continues to fight fearlessly and make her voice heard to ensure a better life for girls around the world.

Greta Thunberg - need I say more? She is a powerful force who has inspired young people to take action through school strikes and has brought the climate crisis into the conversations of millions of people around the world through her powerful speeches and protests. For only being 17 years old. she has accomplished so much and has inspired many (including myself) to educate themselves further on the climate crisis and find ways to make more sustainable choices in everyday life.