"I can really do something here!" 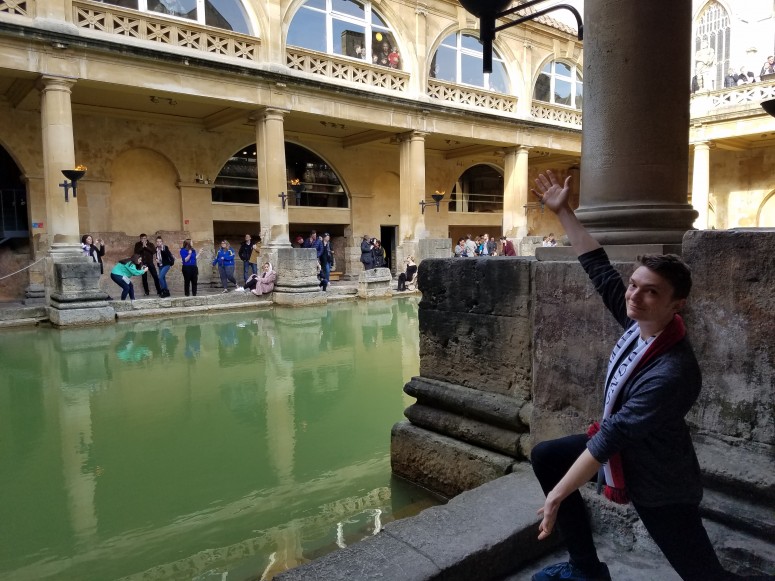 In the final blog in our series focusing on former students, we catch up with two former Parliamentary interns, Brett Fenstermacher and Humna Rub, as they reflect on their time in the UK and how it has impacted their lives since.

For Humna, cultural immersion went far beyond the usual study abroad experience. As an intern working in Parliament she found herself at the sharp end of British life, interacting both with policy makers and fellow Londoners on a daily basis. She says: “ It was an absolute dream to work for a Member of Parliament and work in the actual building every day. I got to interact with well known politicians and also ran into Boris Johnson once! While of course it was cool to be around politicians and learn about the UK political process, what really resonated with me was my time in surgery. Surgery is a process where MPs meet with constituents every week. I was able to meet so many Londoners and hear about their concerns. It opened my eyes to the problems some Londoners face and was the best way for me to get to know the city!” 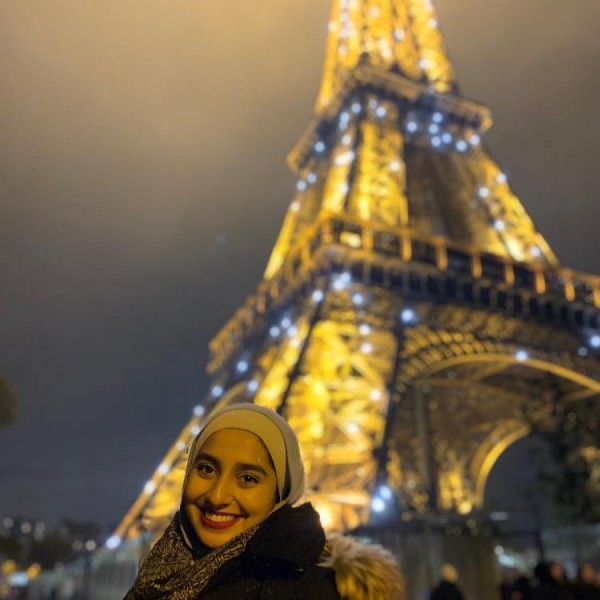 So, did such close interaction with local life lead to her discovering anything about herself? “What I realized about myself was how “American” I was. I never realized how the American mentality was ingrained in myself but when I got to London, it was a wake up call. Americans are so outgoing and forward whereas British people are more passive and can appear to be quiet. Of course, working in Parliament changed my views of British people, but I was just shocked that Londoners don’t converse much on public transportation or smile at one another in public.”

Humna is looking forward to starting Law School in the Fall, a decision influenced in no small part by her work with constituents during her internship: “Pre-study abroad I knew I wanted to be a lawyer, but after working in Parliament and partaking in surgery [where people come to ask their MP for help] and having that one on one time with Brent’s constituents, I decided that I want to work in the public interest sector of law. In surgery I heard many Londoners come in about immigration, housing, knife crime and many other issues. It opened my eyes to what I really want to do in law and that is to advocate for low income and marginalized populations.” 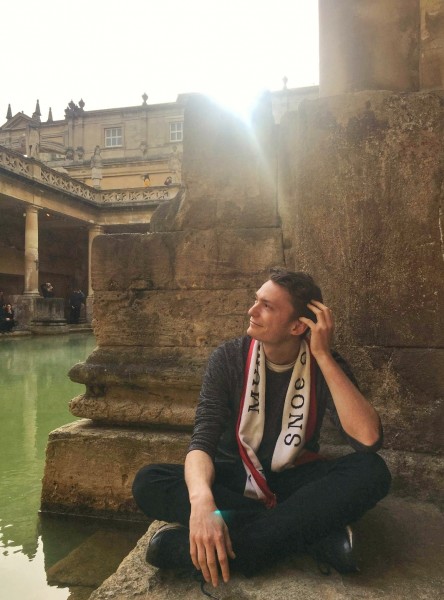 Brett (also Arcadia) also interned in Parliament, in 2019, and took classes with Westminster University and at Arcadia’s London Center. Like Humna, his internship was the highlight of his time in the UK.

“I had the incredible opportunity to apply to and be accepted to work on an internship with a Member of the British Parliament in their local constituency office for my duration in London.  When it first became apparent to me that I would, in fact, be working in the national government for a foreign country, I immediately began to question the idea itself – surely, this will be like every stereotype I hear about government internships in Washington D.C.  and I would be destined to delivering tea and mail to my new office;  surely, they had made some sort of mistake and they meant to hire from some Arcadia University in the United Kingdom, etc. etc. But any concerns I had about the office and their faith in me were dispelled on my very first day on the job when I, an American who had been in the United Kingdom for only two weeks, wrote and sent a letter signed by a Member of Parliament representing one of the largest and most diverse constituencies in all of London.  I left the first day of my internship happily surprised, extremely excited, and genuinely looking forward to what the next three months held in store.”

The internship also opened Brett’s eyes to the diversity of London, as well as the needs of its people.

“I approached each day on the job with the same fascination as I did when I typed the MP’s name on my first correspondence – “I can really do something here!” I’d think to myself on the hour-long commute to and from the office each day in between classes.  And despite the obvious clichés surrounding the vague concept of “making a difference in the world,” it was a feeling that stuck with me.  While the means varied from day to day, the core of my work boiled down to a simple process: Listen to complaints and concerns from constituents and work to resolve them on behalf of the Member of Parliament as quickly and efficiently as possible. Their issues varied hugely: on Monday I might be working with someone looking to have a leaking roof in the home provided by their ALMO – government subsidized housing prominent throughout the United Kingdom in different forms – then on Friday I might be working to prevent the wrongful deportation of a citizen who had moved to London some thirty years ago.  The work had stakes, and no matter how cliché it might sound, the ability I suddenly had to make a difference in these people’s lives was a feeling I knew would stay with me for the rest of my life.”

Did the pressure of the internship, along with the responsibility they felt towards their constituents, prevent either of them from enjoying other aspects of their study abroad experience? On the contrary, Brett feels that, by working in London and living, even for a short period, like a local, gave him a deeper and more authentic appreciation of its many bars, restaurants, parks and museums. “I found myself struggling the first few weeks in London to balance the need to see every corner of the city and the need to keep up with mounting responsibility.  What it came down to in the end for me was contextualization.  I forced myself to take a step back from the novelty of the experience itself and remind myself of the realities of my situation.  (Luckily for me, cities are often wonderful teachers when it comes to reinforcing reality.) While I certainly had my fair share of fun at the pubs, clubs, museums, and parks, I found that the more I was able to contextualize my time in London as life in a new place rather than a vacation, the more I was able to strike the balances required to keep up with my responsibility while still enjoying myself.” For Humna, who also found time to travel in Europe as well as exploring London, her unique insight in the UK was one she carried back to the US with her, inspiring her final essay topic for her undergraduate degree. She tells us: “I am actually writing my thesis about London and arguing that the declaration of chicken tikka masala as the national dish is a form of cultural appropriation.” 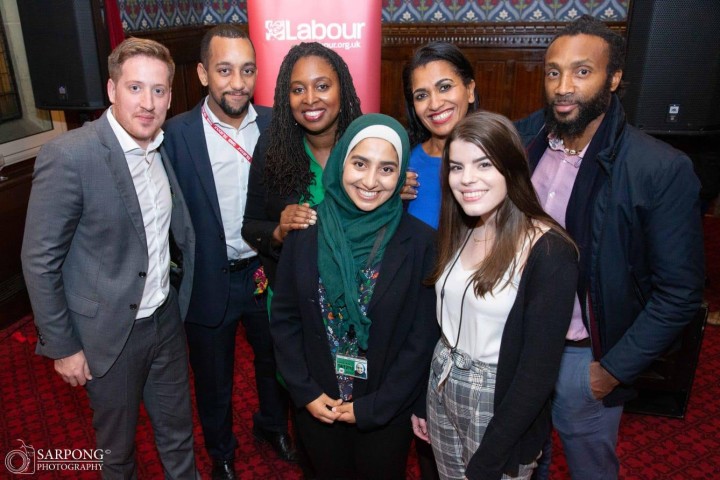 Brett also managed to travel beyond London, participating in Arcadia’s Stonehenge and Bath trip and also exploring the UK’s growing vegan food scene. After returning to the US he had a number of hopes and ambitions following graduation, influenced by his time in London.

“Falling into a minor in Law and Public Policy had thrown a lump of clay in front of me, but now I needed to shape it into something resembling a plan for a rapidly approaching graduation in just a year and a half.  What it really boiled down to was a question I had been circling since the idea of working with parliament had been pitched to me by my professor; “can my passion for the legal system translate to a potential career in public service?” I’d always had a interest in helping my community, but in the past I had always been stumped by the more concrete details of how to affect real changes.”

Unfortunately, as was the case for so many, his were temporarily put on hold by the pandemic.

“Whatever plans I had managed to lay prior to March of 2019 seemed to evaporate in front of me, and I – along with the rest of the world, of course – was suddenly confronted with an endless series of “what next” questions that I did not have the answer to.

So, a year off March 2020, and two years removed from my time in London, where do I find myself? After a year of stop-and-go moving sidewalk moments I have worked as a groundskeeper on a farm-based wedding venue, a dishwasher at a vegan restaurant, a grocery-delivery-person along the Jersey shore, and most recently as a legal clerk in a law firm in Central New York, finally putting my degree to work.”

Thank you to Humna and Brett for sharing their experiences. We wish Brett all the best for his new role, and Humna the best of luck for Law School.