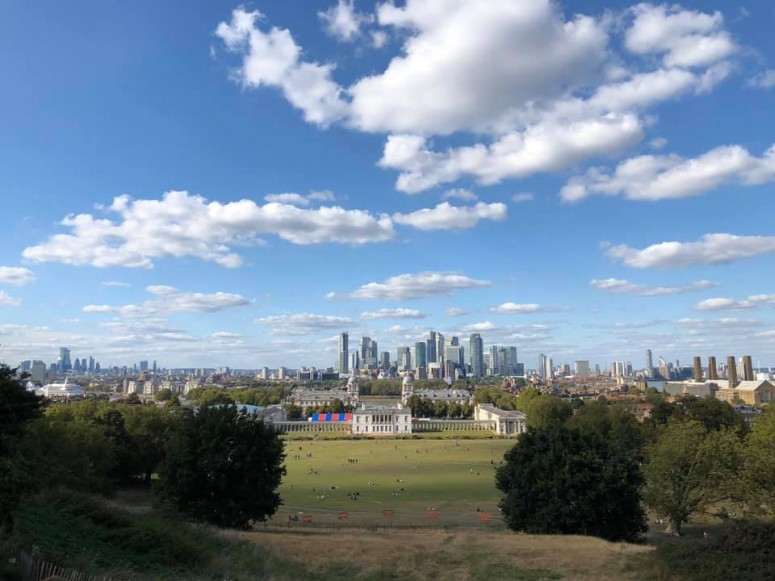 The focus for this year's Mental Health Awareness Week (10-16 May) is Nature. Studies have shown that being in contact with nature can have huge benefits on our mental health (alongside, of course, additional measures some of us may utilise to maintain good mental health, such as medication and therapy.) But how easy and practical is it to escape to the natural world when you're living in a major city?

Did you know London is the greenest capital in Europe? From tiny secluded gardens in the heart of the city to vast, sprawling parks in its suburbs, its easy to escape to nature here, even if you're short on time. Wherever you are, you can find a green space near you.

We asked some of our staff for their favourite green spots in London - here are their recommendations: 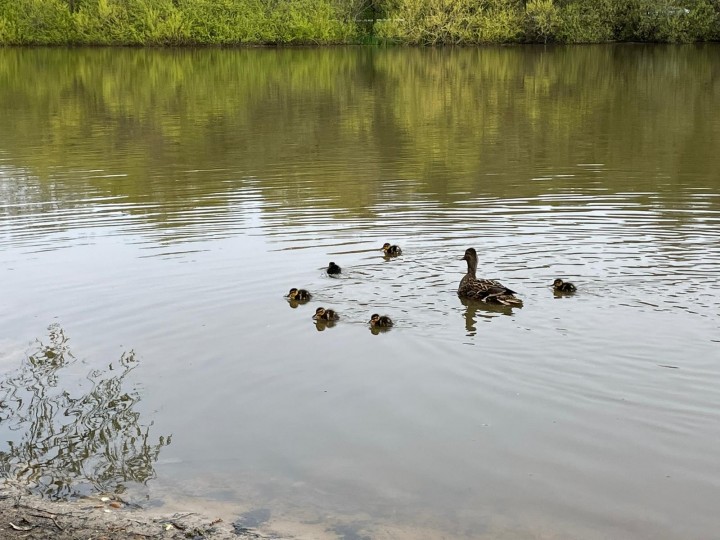 My go-to place to escape into nature and soak up air filled with the sounds of wildlife, including some impressive birds of prey, is Wimbledon Common in South-West London. Whilst you may be familiar with the SW19 postcode for its tennis, the whole area is very green and has many open spaces to offer. Wimbledon Common itself is made up of 1,140 acres of woodland, heathland and open grass, with quite a few lakes and ponds too. I'd recommend a non-mapped, free walk so that you can just see where you end up, followed by a cup of tea or coffee at the Windmill Café. Also a great place for a trail run or cycle.

Richmond Park - it has it all! Beautiful walks, 200 wild deer, views of St Paul's from the King's Mound, the absolute PERFECT bacon butty from Pen Ponds Cafe, the Roebuck Pub next door with views of the Thames... If it had a lido I'd probably pitch a tent and never leave! 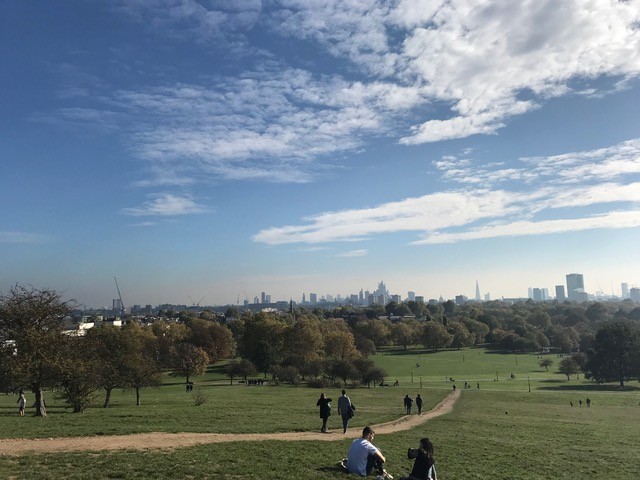 I love Regent's Park for so many reasons. Firstly, a run around the perimeter is almost exactly 5km! Secondly, if you know where to go you can see a lot of the zoo animals without actually having to go in! The Giraffe House is visible from the Outer Circle, and from within the park itself you can see camels, warthogs, monkeys and more if you run alongside the western edge of the zoo. You get one of the best views of the London skyline from Primrose Hill, which is just to the north of Regent's Park, over the canal. 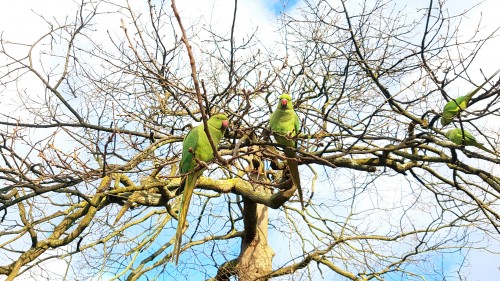 We also asked some of our past students for their recommendations. Many had fond memories of Waterlow Park, an oasis of calm just a few minutes' walk from PEH - Alaesha Gaedke remembers a tree with a massive hole in it, and black cats that would walk stalk nearby Highgate Cemetery, both adding a touch of fairytale to its appeal. Thuy Thai Ngoc loved Greenwich Park for its panoramic views of London. Mandy Wall favoured Crystal Palace Park  and Duong Nguyen remembers her surprise at seeing parakeets in Regent's Park (there are all sorts of theories about how they got there!)

Wild swimming probably isn't the first thing you think of when you think about London. It's not on the coast, and I'm pretty sure nobody who's stood on a central London bridge looking down at the Thames has fancied a dip in its murky waters. However, thousands of Londoners swim in ponds, lakes and other wild spots across the city every week. This can be a great way to combine two activities that are known to boost mental health (if, of course, you like swimming!) - exercise and nature. 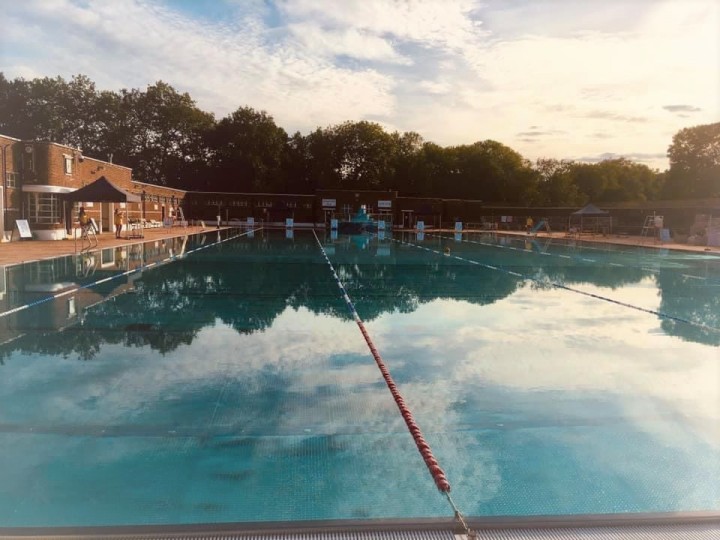 While some spots are in lesser-known areas of the suburbs, the ponds at Hampstead Health are easily accessible from Arcadia residences and central London and are a great place for a quick dip. For those who fancy an outdoor swim but are not quite brave enough to try the ponds, there is a wonder 60m lido on Parliament Hill Fields, on the southeast corner of the heath. First opened in 1938, it's unheated but open 365 days a year! 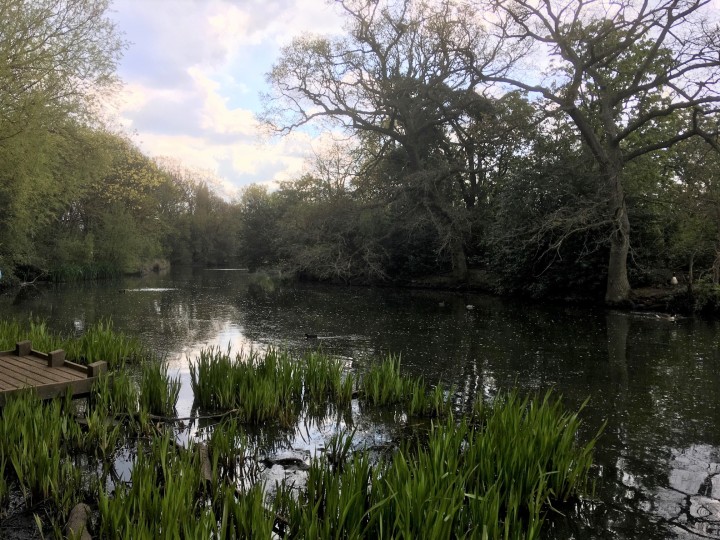 London also has plenty of great outdoor tourist attractions that will allow you to get up close and personal with nature. Kew Gardens is probably the most famous, and the zoo, of course, but there's also the London Wetlands Centre - in addition, of course, to the many free parks already mentioned!

Remember, though, while taking some time to relax and appreciate the natural world can help you foster positive mental health, we all still have times when we need help. Never be afraid to reach out if you need support - you can reach out to Arcadia staff or seek help directly from a range of services.