Webinar on Study Abroad in Cuba

On Tuesday, November 13, 2018 at 2pm EST, Arcadia University will host a free webinar on study abroad in Cuba, hosted by Angelica Salazar, Arcadia's Resident Director in Cuba. In this role, Angelica organizes and provides all student services and support… More 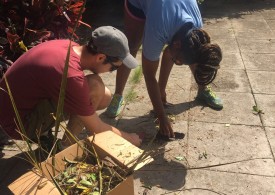 A Letter from Havana

Our students will have plenty of unique stories to tell at the end of their semester in Cuba. Not long after their arrival, Hurricane Irma hit the island after carving a path of destruction through the rest of the Carribean. After much discussion with… More

Student Writes About Obama Visit in the New York Times

Last March 20th we had the privilege to witness President Obama's visit to Havana.  I am so proud to share that one of our students, Florence Rivkin, has published an article about the President's visit in the New York Times. Our students keep on providing… More 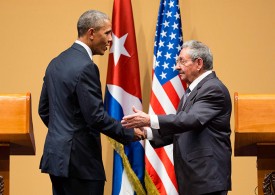 President Barack Obama recently concluded a diplomatic visit to Cuba. It was the first visit of a US President in 88 years, the first since the Cuban Revolution. He arrived in Havana on March 20th under a surprisingly cloudy and rainy sky, accompanied… More 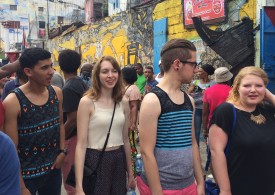