A Lifetime in Education Abroad

The Center for Education Abroad 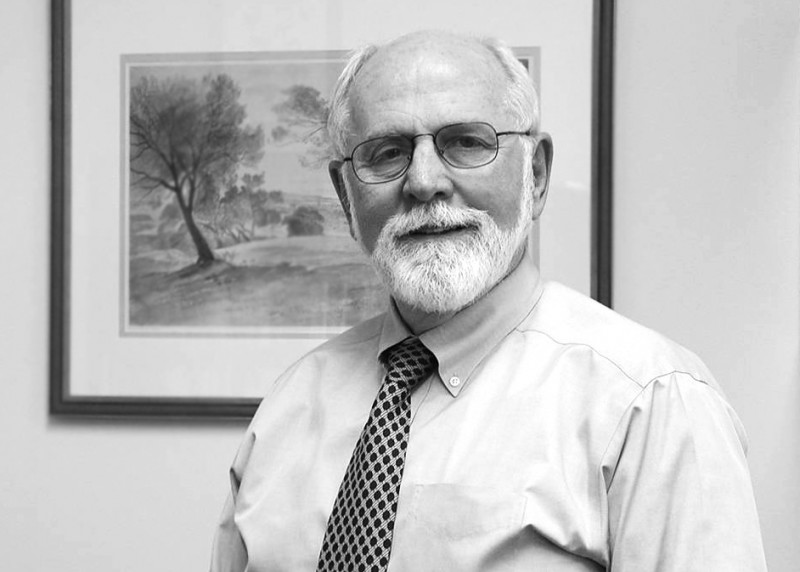 Dear Colleagues in The College of Global Studies, and Friends of Arcadia University:

As many of you know, our beloved mentor and friend, Dr. David C. Larsen, passed away Monday morning, 2 March 2015, after a prolonged battle with ill health, which he fought with great grace, dignity and the characteristic David stoicism, courage and good humor.

Speaking on behalf of The College, we have lost a great and good man, a capable and compassionate leader, a man of immense and nuanced understanding, and someone with whom we were proud and honored to work. He was very significant to the field of international education in its early days, as the field was just beginning to coalesce around standards, the integration of the academic mission of our institutions with international education, and many other formative developments, which we now take for granted.

There are many funny and inspirational stories and good memories from those of us who were fortunate to be 'raised' under David's leadership and mentorship. He had a steel-trap memory and he never forgot a detail, a face or a credit point. He knew each and every one of our programs from the ground up. His chief concern was that students would be introduced to the glories, wonders and curiosities of the world around them, and find themselves in those serendipitous cross-cultural moments where the light bulb goes on and an enhanced understanding of another individual's perspective is recognized. One of David's guiding principles was to "do what is right" in any given situation – a wonderful philosophy to live by, and to model to students and staff alike.

There will be time to share all of David's many career contributions and history in other venues. The list of his accomplishments is long and distinguished, but here are just a few highlights. David was instrumental in the establishment of the NAFSA Inter-Associational Task Force on Health and Safety, contributing to the beginnings of good practice and emerging policies – work that is on-going in the field today. He was a founding member of the Forum on Education Abroad, serving as treasurer, secretary, PO Box, and chief cook and bottle-washer, along with other distinguished international education leaders who ensured the establishment and formation of the Forum. He was involved in the work of the Fulbright Foundation, and served on the Board. David worked for the Fulbright Program in Greece, and served on the Board of Directors for the Fulbright Center.

He was a recipient of many and varied awards for distinguished service, earning a life membership award from NAFSA: Association of International Educators, as well as the Peter A. Wollitzer Advocacy Award from the Forum on Education Abroad in 2008. He was a proud member of the Society of the Sons of St. George in Philadelphia. But his greatest contribution and service was to the advancement of the international profile of Arcadia University, where he worked from 1988-2008.

David had time for everyone. In his own quiet way, he was a force to be reckoned with. He knew at any one moment where our students were enrolled, how many credits they should be earning and what the program fees were. He could pinch a penny like none other, as all of us who knew him can attest. He often favored walking long distances on site visits rather than hail a taxi or a bus and many of us were fitter for it. We all came to recognize the jingle of change in his pocket as he came down the hall to share a story or advice with a twinkle in his eye. David's way with a red pen on any document that was given to him to review became legendary, and many of us learned to write better as a result of his editorial skills. The English teacher in him was never far from the surface.

For those of you who would like to write to David's family, he is survived by his wife, Wani, and his three children – David, Deanna, and Peter, as well as by two grandchildren. Letters and cards may be sent to:

The memorial for David will be a private family affair. However, the family has requested that, in lieu of flowers, donations be sent to the David C. Larsen Endowed Scholarship for International Education. This Scholarship was established on David's behalf at the time of his retirement in 2008. Should you wish to make a contribution, you may send a gift with a notation indicating that it is for the David C. Larsen Endowed Scholarship c/o Arcadia University, University Advancement and Development Office, 450 South Easton Road, Glenside, PA 19038-3295.

Please join with me in extending our memories and sympathy to David's family during this time of loss and remembrance.